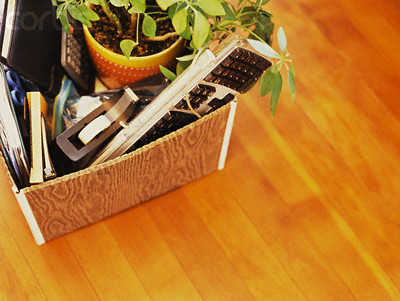 The backlash continues . . . It’s not only coming from the outspoken gay rights activists, No on 8 campaigners, rally-ers and sign holders, vandalize-ers and property thrashers….but now it just may be coming from your employer . . . getting back at people for voting Yes on Proposition 8.  Not just getting back at them, but firing them from their job.

the Pacific Justice Institute reports a growing number of cases where those opposed to the ballot measure have taken out their anger more quietly: by harassing – and even firing – employees who voted for it.

Is this fair? Is it legal? It’s definitely not ethical, or very kind . . . some way to boost employee morale huh? Firing your employees for having political opinions that differ from your “company’s.” That is called discrimination, and some employers are discriminating against employees who voted yes on 8.  The Pacific Justice Institute is supported by Dr. Laura and Bill O’Reilly, and

[It is ] a non-profit 501(c)(3) legal defense organization specializing in the defense of religious freedom, parental rights, and other civil liberties. Pacific Justice Institute works diligently, without charge, to provide their clients with all the legal support they need.

I was thinking about this earlier, about companies who supported or didn’t support Proposition 8. A company is an entity folks. It is not capable of having a position on anything. The CEO, the CFO, the board, any person can have an opinion, and state their opinion on behalf of their company, but the company itself doe not have an opinion. I just think that’s strange when spokespeople say that. It would have to imply that everyone in the company felt the same way. I just wondered why the execs couldn’t just say that something is their opinion, instead of trying to pass it off as the “company’s.”

PJI claims to be representing a SF woman, along with other individuals, who were fired from their jobs for voting for Proposition 8. The woman’s name remains confidential to protect her privacy and legal case. I thought that voting was supposed to also be confidential. No one’s employer is entitled to know how they voted.

“Californians have been shocked by the aggressiveness of radical homosexual activists who have ousted several individuals from their jobs and livelihoods based solely on their support for traditional marriage,” states Brad Dacus, president of PJI, on the group’s website. “These tactics of fear and intimidation in retaliation for supporting a lawful ballot measure are completely unacceptable.”

“Unfortunately, this is far from an isolated case,” asserts a recent PJI statement.

It just seems like when people know they are right (like us supporters of traditional marriage and Prop 8 ) they don’t have to be nasty and vindictive in their approach to defending their position.  Gay rights activists and proponents of same-sex marriage appear to still be    grasping at straws, behaving like tantrum throwing 2-year olds and rude, disrespectful teenagers. For some reason they can’t seem to be classy and mature about the issue. They have filed their law suits and they need to just sit tight until their hearings, rather then continue to wreak havoc in the lives of people who don’t agree with them. As far as I’m concerned, they need to be grateful that the traditional marriage supporters haven’t been treating them like they have been treating many of us. Its as if they feel justified in any action as long as they keep associating their cause with terms like “civil rights,”  “fairness” or “bigotry.”

So it seems like employers are firing yes on 8 voters because they feel the proposition discriminates against gays, and therefore their employees are guilty of discrimination, but then they themselves are turning right around and discriminating against their own employees for the way they voted. This is ridiculous logic. World News Daily.com sites the following incidents:

Kevin Snider, chief counsel for PJI, told WND of a worker at a financial company who was asked before the November election how he would vote on the issue of homosexual marriage. The employee gave an evasive answer. Following the election, the employee was asked repeatedly how he voted.

When it was learned the employee had voted in favor of Proposition 8, he was written up for discrimination, Snider reports, and fired within a couple of days.

WND reported earlier of a pair of radio hosts who were fired, they believe, because they questioned on air a local politician’s call to boycott businesses that supported Prop. 8.

“I voiced my opinion,” radio host Marshall Gilbert told WND. “I voted yes on Prop. 8, and I was fired over that.”

There have also been incidents of harassment for individuals’ support of Prop 8.

The Los Angeles Times reported the story of El Coyote, a coffee shop that became a target of protest after the manager’s name was put on a blacklist for giving $100 to support Proposition 8. Mobs of protesters harassed El Coyote’s customers, shouting “shame on you,” until police in riot gear settled the crowd.

The customers, the Times reports, abandoned the once-thriving business, and now El Coyote’s 89 employees, some of them openly homosexual, have had their hours cut and face layoffs if the customers don’t return soon.

Antigayblacklist.com has also appeared online, courtesy of homosexual marriage advocates, as a way to broadcast the donations individuals, churches and business made to the Yes on 8 campaign, and to urge sympathizers not to patronize those on the list.

In one instance, Snider said, a professor took copies of nasty emails from his colleagues over his support of Prop. 8 to the lawyers in the college’s human resources department. The professor alleged the emails clearly constituted hate speech, but his appeal was ignored.

Snider also told WND of Proposition 8 supporters who have suffered vandalism, physical violence and even attacks against family pets.

One report included a University of California student whose car was vandalized and who was beaten over her support of Prop. 8.

“It’s inappropriate behavior, and really criminal behavior,” Snider advised, “to do this sort of thing.”

Attorney Karen Milam, full-time director of PJI’s Southern California office, commented on the organization’s website by saying, “We will continue to reach out to Prop. 8 supporters to ensure that threats and bullying do not undermine the democratic process.”

The democratic process and our civil rights (yes, our civil rights . . . gay’s dont’ have an exclusive on those) continue to be distorted by the homosexual agenda. Thanks to the PJI for providing legal services to individuals caught in the nasty aftermath of Prop 8. If you or anyone you know is in need of their legal services, you can find their contact info on their website here.