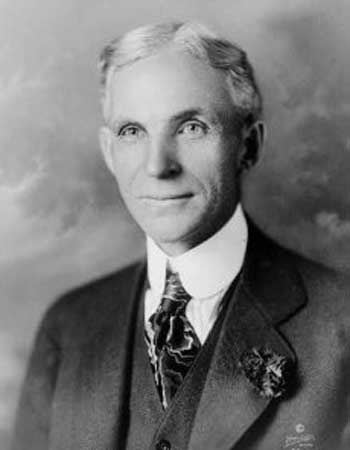 My brother sent this to me. We talk quite a bit in my family about all of the great industrious men who helped shape this country, their contributions, their work ethics, their thoughts on business, how they became successful despite the depression and hard times etc., and their values.

Here’s a snipped from Henry Ford’s book, “My Life and Work.” He talks about reformers, and interestingly, some of it totally applies to the reformers trying to reform marriage … known to us as the sometimes violent activists of the GLBT movement. You know those people, the ones who are working to corrupt this country and turn it into a moral-less and value-less society. I don’t like what the “gays” are trying to do to marriage, families and society in general, and I don’t think Henry Ford would have liked it very much either….Yesterday my husband and I were eating dinner out and we saw a very obviously lesbian couple at a nearby table, in the stroller was the cutest baby…My heart just broke for that child who won’t have a father in his life and how these women are depriving him of his right to a family with a loving mother and a father. Those two lesbian women will NEVER be able to give that child everything it needs and deserves.

Wake up America, these kids have rights that complete supersede any gay or lesbian parenting fantasy…

Have a read, it’s really interesting… I’ve highlighted a few of his points that I think can relate to our so-called marriage reformers. Questions and comments welcome below.

MY LIFE AND WORK
by  Henry Ford

I am not a reformer. I think there is entirely too much attempt at
reforming in the world and that we pay too much attention to
reformers. We have two kinds of reformers. Both are nuisances. The man
who calls himself a reformer wants to smash things. He is the sort of
man who would tear up a whole shirt because the collar button did not
fit the buttonhole. It would never occur to him to enlarge the
buttonhole. This sort of reformer never under any circumstances knows
what he is doing. Experience and reform do not go together. A reformer
cannot keep his zeal at white heat in the presence of a fact. He must
discard all facts.

Since 1914 a great many persons have received brand-new intellectual
outfits. Many are beginning to think for the first time. They opened
their eyes and realized that they were in the world. Then, with a
thrill of independence, they realized that they could look at the
world critically. They did so and found it faulty. The intoxication of
assuming the masterful position of a critic of the social
system–which it is every man’s right to assume–is unbalancing at
first. The very young critic is very much unbalanced. He is strongly
in favor of wiping out the old order and starting a new one. They
actually managed to start a new world in Russia. It is there that the
work of the world makers can best be studied. We learn from Russia
that it is the minority and not the majority who determine destructive
action. We learn also that while men may decree social laws in
conflict with natural laws, Nature vetoes those laws more ruthlessly
than did the Czars.
Nature has vetoed the whole Soviet Republic. For it sought to deny
nature. It denied above all else the right to the fruits of labour.
Some people say, “Russia will have to go to work,” but that does not
describe the case. The fact is that poor Russia is at work, but her
work counts for nothing. It is not free work. In the United States a
workman works eight hours a day; in Russia, he works twelve to
fourteen. In the United States, if a workman wishes to lay off a day
or a week, and is able to afford it, there is nothing to prevent him.
In Russia, under Sovietism, the workman goes to work whether he wants
to or not. The freedom of the citizen has disappeared in the
discipline of a prison-like monotony in which all are treated alike.
That is slavery. Freedom is the right to work a decent length of time
and to get a decent living for doing so; to be able to arrange the
little personal details of one’s own life.
It is the aggregate of these and many other items of freedom which
makes up the great idealistic Freedom. The minor forms of Freedom
lubricate the everyday life of all of us.

Russia could not get along without intelligence and experience. As
soon as she began to run her factories by committees, they went to
rack and ruin; there was more debate than production. As soon as they
threw out the skilled man, thousands of tons of precious materials
were spoiled. The fanatics talked the people into starvation. The
Soviets are now offering the engineers, the administrators, the
foremen and superintendents, whom at first they drove out, large sums
of money if only they will come back. Bolshevism is now crying for the
brains and experience which it yesterday treated so ruthlessly. All
that “reform” did to Russia was to block production.

There is in this country a sinister element that desires to creep in
between the men who work with their hands and the men who think and
plan for the men who work with their hands. The same influence that
drove the brains, experience, and ability out of Russia is busily
engaged in raising prejudice here. We must not suffer the stranger,
the destroyer, the hater of happy humanity, to divide our people. In
unity is American strength–and freedom. On the other hand, we have a
different kind of reformer who never calls himself one. He is
singularly like the radical reformer. The radical has had no
experience and does not want it. The other class of reformer has had
plenty of experience but it does him no good. I refer to the
reactionary–who will be surprised to find himself put in exactly the
same class as the Bolshevist. He wants to go back to some previous
condition, not because it was the best condition, but because he
thinks he knows about that condition.

The one crowd wants to smash up the whole world in order to make a
better one. The other holds the world as so good that it might well be
let stand as it is–and decay. The second notion arises as does the
first–out of not using the eyes to see with. It is perfectly possible
to smash this world, but it is not possible to build a new one. It is
possible to prevent the world from going forward, but it is not
possible then to prevent it from going back–from decaying. It is
foolish to expect that, if everything be overturned, everyone will
thereby get three meals a day. Or, should everything be petrified,
that thereby six per cent, interest may be paid. The trouble is that
reformers and reactionaries alike get away from the realities–from
the primary functions.

One thought on “Henry Ford’s Thoughts on Reformers and Reactionaries// oh what would he think of the marriage “reformers”?”