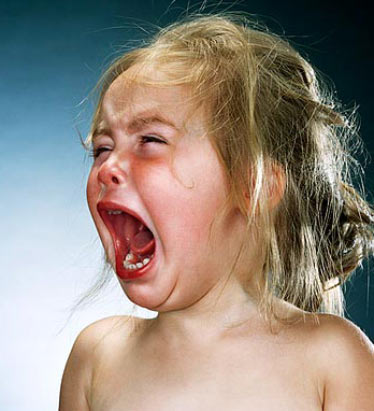 Haven't heard the GLBT's yet? Don't worry they're still screaming...

The biggest argument coming from this ever-growing group is that homosexuals do not receive the same rights as heterosexuals. But in reality, they do. A man who professes to be gay has the same right as a straight man: to marry a woman.

Homosexuals are fighting for so-called freedoms, but they already have actual freedoms, the very freedoms listed  in the First Amendment of the Constitution of the United States of America, the very same freedoms that every American has, gay or not.

In short, what is happening to America is the downfall of equality and the rise of privilege. Not privilege for everyone, but for those who consider themselves oppressed. The so-called minorities are searching for an exclusive place in society, and the government is handing it over.

So much for equality– because what homosexuals and their agenda filled backers are really fighting for are “special” rights; those different from and above and beyond what anyone else has. Why should we change all of the rules for them?

They lobby for the particular privilege to marry the same sex – an entitlement no person has. It isn’t equal rights these people want – it’s an exclusive allowance they’re searching for.

So this begs the question, do they deserve an exclusive allowance? Translation–do they deserve special treatment just because they don’t like being a minority, not a minority in a  legally “protected class” kind of way, because no one outside of the GLBT community and their supporters is worried about protecting this alleged minority, but minority as in they participate in  activities and live a lifestyle that most people believe  is immoral and unacceptable. GLBT drama isn’t going to win a popularity contest, and Californians have already made that very clear.

Sorry guys…in my opinion, being associated with said immoral sexual activities by your own choice and of your own doing  does not mean that you should get your own lane on the 405 fwy so-to-speak. You have to drive with everyone else who wants to use that freeway and follow the rules that have already been established as the best and safest for all involved.  If you cause a ruckus, or spin your car out of control, you’re going to get run over… like you did on Nov 4th! (Like that analogy? I just came up with it on the fly…lol…)

But gay marriage is just the introduction to the fight. The quest for the exceptional right to unnaturally marry has spawned an entirely new argument: discrimination.

Back to argument #1. So just because they think they should have their own lane, and they don’t, we are mean and intolerant which =’s discrimination in their minds, and we all know that discrimination is like a legal buzzword or something. You can’t file a law suit  saying that someone was mean to you, but you can if you put discrimination on the paperwork. It seems like they are confused as to what discrimination actually means. It doesn’t mean that  you can claim discrimination just because you don’t get your way, or you don’t like the rules and are pouting on the sidelines crying for mama. Pouting and crying also does not = discrimination.

treatment or consideration of, or making a distinction in favor of or against, a person or thing based on the group, class, or category to which that person or thing belongs rather than on individual merit: racial and religious intolerance and discrimination.

So this seems to indicate  that electing not to let GLBT’s as a group marry is not a discriminatory act. Californian’s aren’t picking on any one individual, we aren’t excluding one person from the game, in fact, they can all play, it just has to be on a co-ed team.

The Matthew Shepherd Act, which is to be reintroduced this month in the U.S House of Representatives and in April to the Senate, is a hate-crime legislation proposed to strengthen the protection of homosexual discrimination – not only regarding employment or educational discrimination, but also to prohibit the so-called freedom Americans have to voice their opinions of gays.

How do you all feel about gays trying to take away your Constitutional right to free speech? Did you get to put a piece of tape over the mouth of your junior high bully? Probably not…. he had his first amendment rights fully in tact, after all…

What is downright frightening about this legislation is, should it pass, it could very likely prosecute anti-gay groups, including churches and Bible-believing institutions. Such a law could prohibit extra-curricular groups like Fellowship of Christian Athletes from meeting in high schools and colleges. Equality? Absolutely not.

The most disgusting and upsetting facet of this legislation is that straight Americans will no longer have the right to free speech if it involves any negative connotations concerning homosexuals. In fact, it will be against the law and subject to prosecution.

So, although unkind and not recommended, you can call someone fat, you can call someone stupid or ugly, but you won’t be able to call them gay.  How crazy is that ? But isn’t that what they are? They’re gay? Someone might be a little chubby, or not-supermodel-cute, and someone might be gay, so what, we are what we are, and although it’s rude and mean and so second grade to point out those things…I don’t think it’s prosecution worthy… I think it means that parents need to do a better job of teaching their children manners.

So, hypothetically and according to the rules this legislation is trying to establish, if Churches were not allowed to say that homosexuality is wrong, shouldn’t there be the same protections for the child molesters and murderers out there, and people from all other groups who’s behavior Churches teach is wrong?  However, we can call someone a child molester or a murderer with no problem. (Obviously I don’t think that these groups deserve protections either, gays included). Why should only the gays get special treatment? That’s exactly right…they shouldn’t. We as American’s should be able to continue to worship as we please and enjoy the religious freedoms that we have enjoyed so far, with out retribution or involvement from the government.

This “hate-crime” law wouldn’t be so ridiculous if all people received the same protection against discrimination. The law protects blacks, Hispanics, disabled persons, gays and even illegal immigrants. But what about white people? What about Christians? When will someone fight for that portion of the population?

Is it fair to allow more protection to a male child who would rather wear frilly dresses than a regular run-of-the-mill white kid? It’s easy to say “absolutely not,” but it happens every day, and with this Matthew Shepherd legislation, it will be ever more prevalent.

When will equality truly be our incentive? When will “hate speech” be deemed either free speech or discrimination that does not discriminate?

Thoughts and comments are welcome!

Sorry I have been MIA this weekend. My hubby and I took a little trip to Santa Barbara to see Jerry Seinfeld live. He’s amazing and halirious and has a really clean show (the only reason we went to a comedy show)! And my cheeks hurt when we left. And {p.s.} he didn’t have to make gay jokes to be funny. He didn’t make any gay jokes, just  FYI in case the GLBT community is trying to snuff out comedians too.

5 thoughts on “Gays Asking For Special Treatment, Not Equal Rights//”